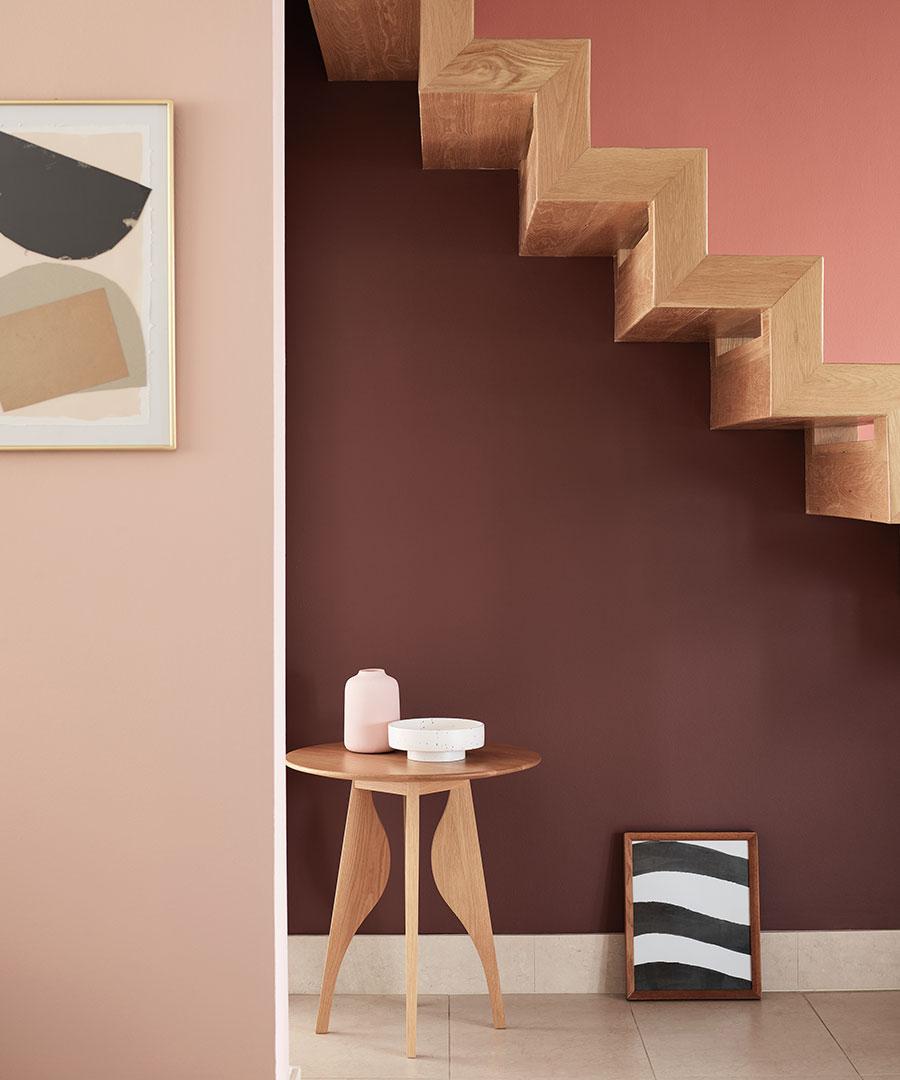 Colour, like art, can be a very subjective business. We are each attracted to shades for myriad reasons. Sometimes a colour can trigger memories from childhood or a lovely vacation, with a corresponding emotional response. Like smell, some hues can take you right back to a moment in time. Whether colour associations are simply an innate response or alternatively a learnt one is open to debate. How can white be considered clean and serene when there is arguably no colour there at all? Could it be learned that as black is a mourning shade in western culture and used to block out light when darkness is required, white is seen as the opposite?  Or is it a genetic thread that directs our thinking about colours, so that everyone feels red to be stimulating whilst blue is calmer, just…well just because?

At Claybrook, we have produced a paint colour palette based on either our own learned knowledge of colours and the Interior Design world, or as some inherent response to the world around us; either way we’ve had a lot of fun pulling it together! It is possible that we are unaware of why we chose these particular shades over others. However, a little thought did go into the key decorating styles of 2020 that our clients are devising, and how a paint collection could complement those. Here are three emerging design stories and the Claybrook Colours you can use to help create the look.

BLUE IS THE NEW GREY... MAYBE

Cast your minds back twenty years to the year 1999. Decorating had most recently been showcasing bold primary colours: hot reds, terracotta’s and cobalt blues that felt like a little Mediterranean sun was breaking into our lives. Then, the light dimmed, buddha appeared and a more serene and thoughtful feeling enveloped interiors. Neutrals were suddenly the must have. Gone were the greens and oranges of so many episodes of ‘Changing Rooms’. We began lighting scented candles, buying orchids like they were a newly discovered species and draping linen throws over tan coloured sofas. Zen was in. For a while.

Roll forward a few years and taupe was beginning to look a little like yesterdays idea. Once the supermarkets offered the look for less, those bundles of dried twigs and faux suede cushion covers were no longer aspirational, at least not to some of us.

Then it happened. Grey. Was it brighter LED lightbulbs around 2010 that led folk away from white and cream neutrals to the smoky comfort of grey and grey-like shades? It certainly seemed to show off metallic accessories and botanical prints, as well as looking good against other recent popular shades like emerald green, mint and blush pink. However, like mince pies at Christmas and chocolate at Easter, you can have too much of a good thing. It seems that after a healthy run of a decade at the top, grey is giving way to what could be considered a more traditional colour: blue.

This is not the pastel blue of the fifties, or the cobalt blue of the eighties, this is more midnight sky meets deep ocean. A colour associated with tranquillity, healing and calm, blue may be just what the doctor ordered after Brexit and Megxit. We could all do with some peace in our lives and nothing says relax like blue. It’s been scientifically proven in fact, that blue is the colour most associated with rest and with being emotionally soothing to humans. Which brings me to Claybrook Blue, a wonderfully saturated tone that is brilliant paired with Kate Blush or for a bolder mix try it with our Aztec Jade and Peach Juice shades. Claybrook Blue works really well in kitchens that have a modern rustic aesthetic; think dark painted cabinetry, brushed brass handles and a parquet floor. Will it replace grey as the must have shade for homes up and down the country? Time will tell. 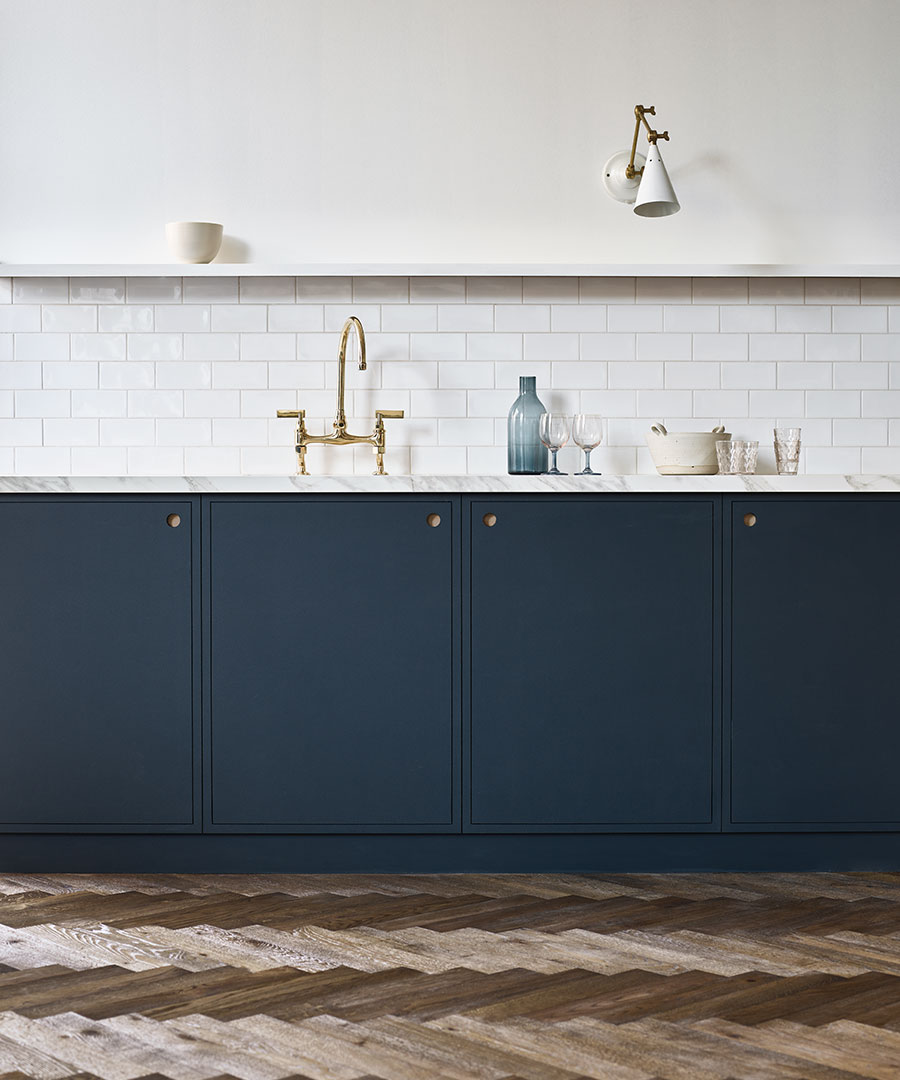 YOU GOTTA SHAPE UP

In the last 20 years those of us who have been in the realm of interior design can recall when many looks became popular for the second time in the last 100 years. Remember the Art Deco and mirrored furniture resurgence of the late 90’s, or when Mid-Century modern came back in 2008? The last couple of years has definitely seen a move towards looks seen at the tail end of the 20th century; 70’s luxe has been gaining momentum over recent months for example. The decade that saw avocado green, harvest gold and sunshine yellows storm the fashion and home décor worlds has been sneaking back in our consciousness through clothing and homeware launches, with an updated twist. Patterns and shapes are not quite as eye dazzlingly repetitive. More fluid forms dominate with circles, curving arches and softer edging bringing the look up to date. The luxe is added with eye-catching accessories in polished gold, chrome and faux fur. Hues in this realm are definitely in the ochre and brown spectrum. Our Sweeney Brown paint was named after the car driven in the eponymous TV series of the late 70’s that features so many fashions and trends of the decade, whilst our 1974 shade speaks for itself in summing up an iconic year of colour. Sunny Lemon Squeezy will also bring some 1970’s zing to a kitchen when partnered with Studio White and a little Saffron Tan for contrast. Going back for inspiration need not feel like delving into the musty past. By using complementary paint colours rather than variations of a single shade, the look can be made to feel thoroughly 2020 and beyond.

1974 with Hay Bale above and Peach Juice on shelf

NEVER GONNA GIVE YOU UP

As Lacey follows Cagney and Hutch follows Starsky, we predict the 1980’s will follow the 1970’s as inspiration for design as 2020 becomes 2021. If the 1970’s was about feeling closer to nature and using colour of similar shades, then the 80’s was about economic boom, dressing like an aristocrat courtesy of Ralph Lauren and learning that greed was good. This time around though we have a much greater consciousness that products need to have longevity, greed isn’t that great, and the economy can go bust as well as boom.

One of the key parties that shaped the whole way the eighties panned out in terms of design was The Memphis Group. Inspired by pop art and futurism, it paired marble with plastic laminate, in bright confetti patterns. Primary colours of red, green and blue were utilised, in shapes reminiscent of children’s building blocks. However, the movement burned too bright and was gone by 1989 but it did leave a legacy that carried into 1990’s. The blame for cheap flat-pack ash furniture and black lacquer dining chairs can be laid firmly at the feet of the high street copycats, who took the strength of the Memphis group aesthetic and watered it down, and down again. 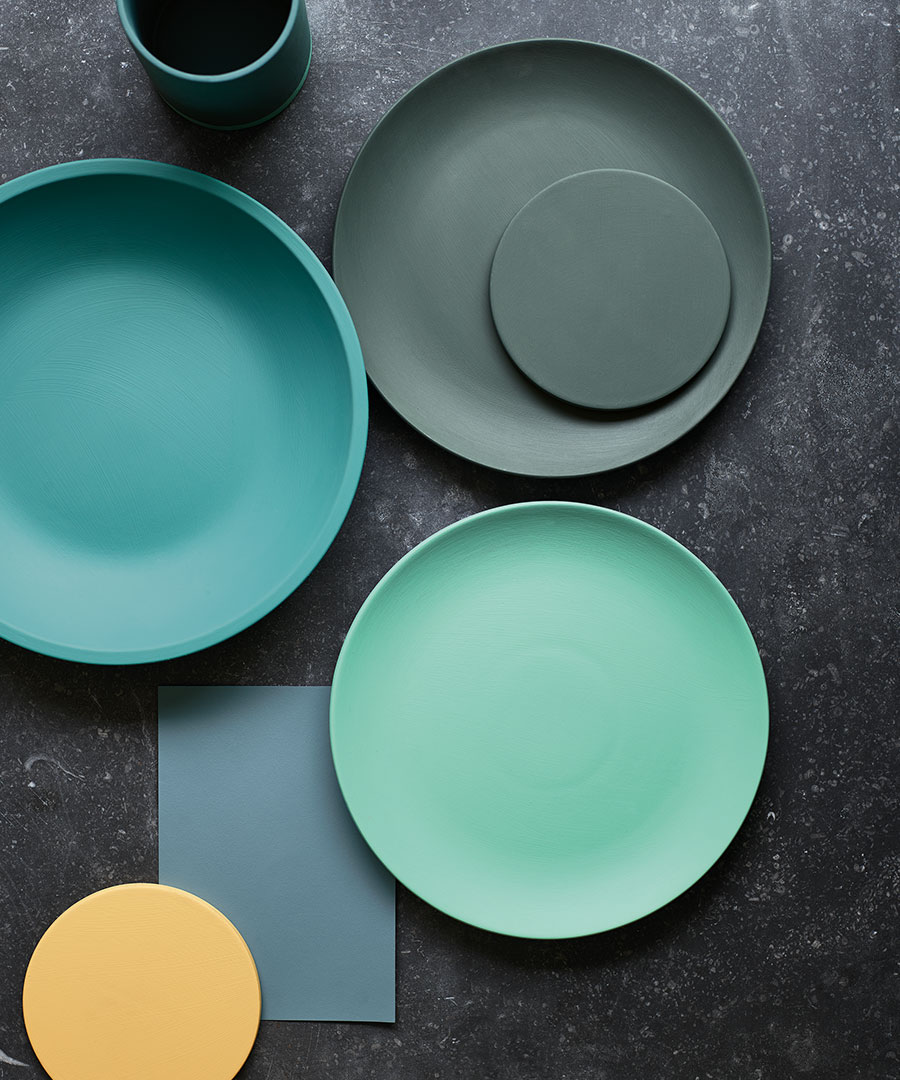 At Claybrook we have a fashion-forward consciousness (we like to think), so have incorporated some of these 80’s hues into our paint collection. Powderpuff pink used with Venetian Lagoon and a touch of Coral Sea will create a room of bold tonal interest. Pair Peach Juice with black and dark blue accessories to channel a pure 80’s vibe, or try Mister Green with Claybrook Blue alongside Terracotta Pot and Aztec Jade for a little pizzazz. For some this feels like an old friend having a makeover, for others a bold statement for a new decade.

Related Products
Tile Calculator ×
Use our handy tool to calculate the amount of tiles you need. Please note that an additional 10% is automatically added to the total to allow for wastage.
×

Claybrook uses cookies to improve your experience of shopping online. You are free to manage this via your browser settings at any time. Learn more.